An Evening with Danny Ramadan

Danny Ramadan is a Syrian-Canadian author and LGBTQ-refugees advocate. His debut novel, The Clothesline Swing, won multiple awards. His children’s Book Salma the Syrian Chef, continues to receive accolades. Both books were translated to multiple languages. Through his fundraising efforts, Ramadan raised over $200,000 for Syrian LGBTQ+ identifying refugees. He currently serves as the Writer-in-Residence at the Haig-Brown House in Campbell River, BC.

Danny will be reading from his forthcoming novel, The Foghorn Echoes, which will be coming out August 2022, and joining us for a discussion with host, Nic Brewer.

Nic Brewer is a queer writer and editor from Toronto, now living in Kitchener. She writes fiction, mostly; her first novel, Suture, was published by Book*Hug in Fall 2021. She is the co-founder of Frond, an online literary journal for prose by LGBTQI2SA writers.

This program is presented in partnership with SPECTRUM and was made possible with the financial assistance of the Canada Council for the Arts through The Writers’ Union of Canada's Nation Public Readings Program and the Ginny Knight Memorial Fund. 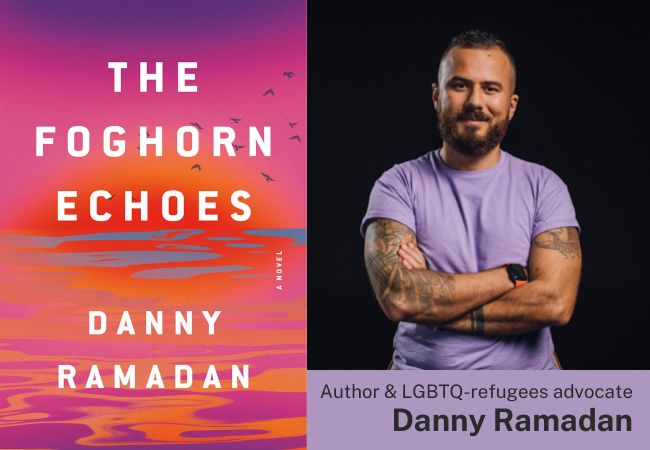